THIS IS A DEMO SITE. NO PURCHASES CAN BE MADE AT THIS MOMENT. STAY TUNED!

Environmental Racism and Colonialism in Fashion

Photo by Alexander Suhorucov from Pexels

In a modern society that prides itself on abolishing slavery and colonialism, the recent rise in hate crimes against people of color has been alarming and eye-opening.

And it’s not just overt acts of racism that are being called out now. People are starting to speak out against institutional and cultural systems that continue to oppress and exploit people of color, especially in the clothing industry.

Last year’s #PayUp movement, headed by Remake, called on fashion brands and retailers to pay the billions of dollars they owed their suppliers in Asia. The pandemic hit the garment industry hard. In an effort to protect their bottom line, many of them cancelled orders or refused to pay for goods that were already finished, leaving millions of garment workers with no jobs, severance pay, or healthcare.

The most troubling part about the cancelled orders is that what these corporations did is protected by law, thanks to the “force majeure” clause. It allows one party to avoid liability in case “acts of God” or something beyond human control occurs.

Legal, yes. But ethical? Definitely not.

The days of sword-swinging conquistadors may be long gone, but in their place are smartphone-toting business executives, wielding power over millions of brown and black factory workers.

That incident is an example of institutional racism, a type of racism that’s deeply rooted in a colonial past.

Sometimes referred to as systemic racism, it is racial injustice that is built into the very structure of society. Mary Frances O’Dowd, Senior Lecturer of Indigenous Studies at CQUniversity Australia says, “It is the white superiority that is captured in everyday thinking at a systems level: It looks at the inequalities at a larger scale, rather than looking at one-on-one interactions.”

It lingers in our laws and regulations, cultural biases, education, hiring practices, and businesses.

Institutional racism is the reason why people of color don’t have the same access to opportunities and power in decision making, resulting in these groups having lower incomes, less social mobility, and higher exposure to health hazards and toxins.

The days of sword-swinging conquistadors may be long gone, but in their place are smartphone-toting business executives, wielding power over millions of brown and black factory workers.

How Does the Fashion Supply Chain Contribute to Environmental Racism?

As consumer demands rise, clothing companies are scrambling to produce more, fast, and with as little cost as possible.

The fashion supply chain is known to be resource and labor intensive. Manufacturing alone consumes tons of water, crops, and chemicals. Many of the toxic by-products end up polluting the water supply and the air. In manufacturing countries such as Bangladesh and China, rivers are literally turning black, filled with toxins that increase the communities’ risk of cancers and acute diseases.

Outsourcing labor to the Asia Pacific Region is a common practice, where brands take advantage of cheaper labor costs and less strict environmental regulations. In fact, Asia has been dubbed as the “clothing factory of the world” by the International Labour Organization. The region produces 60% of the world’s total apparel, most of it headed for the Western market. 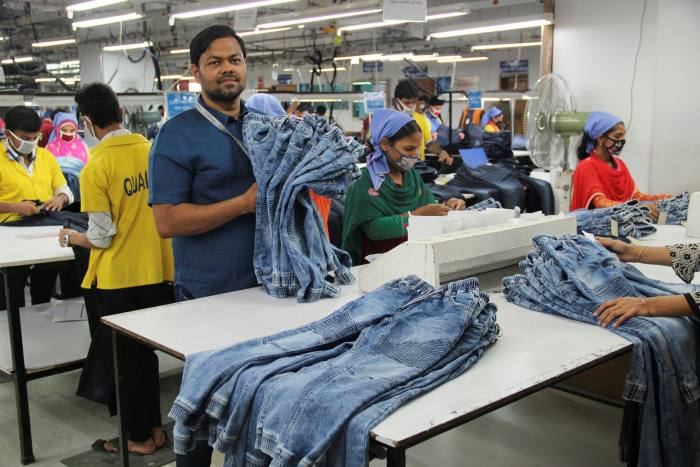 Photo by Mostafiz Uddin, from The Financial Times

Oftentimes, these workers don’t get paid a decent living wage, have no healthcare, and work in poor conditions. One of the most fatal consequences was the infamous Rana Plaza building collapse in 2013, which killed more than a thousand garment workers in Bangladesh. It exposed the exploitative practices of the garment industry; but 8 years later, not much has changed.

Most of the economic and health risks are felt by the bottom of the hierarchy- the subcontracted suppliers, workers, and communities get the short end of the stick while the majority of the economic benefits are enjoyed by the people on top.

As clothes end their life cycle, people of color, yet again, are unfairly impacted. In Ghana, as much as 300,000 tons of clothing coming from the UK are piled high in their landfills and washing up on their seashore.

The fashion industry has successfully sold us the narrative that we constantly need new clothes each season, each year. We may have been unwilling participants in this system, but it’s not too late to change. 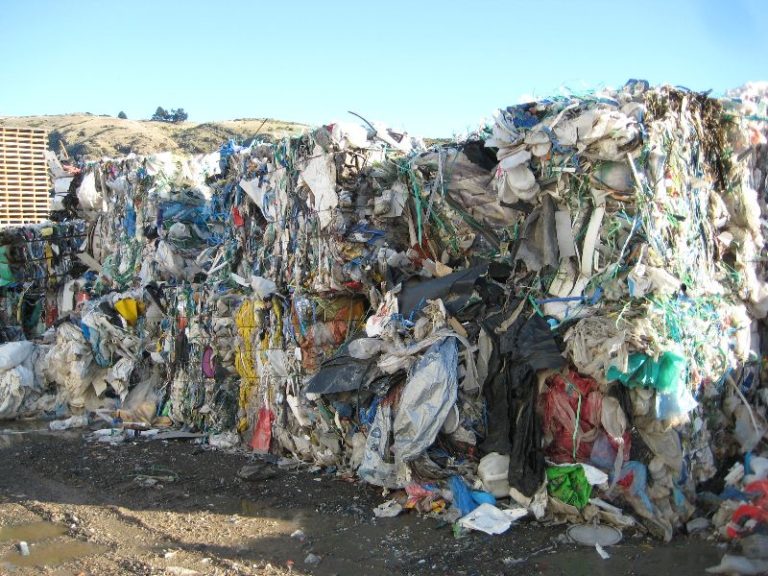 Our Role as Consumers

As consumers are now becoming more aware of sustainable and ethical shopping practices, some governments and private organizations have set up certifications for brands. These certifying bodies look into each step of the supply chain, making sure that the manufacturing of a product adheres to highly standardized sustainable principles. This could mean using only organic fibers, paying fair wages to workers, or meeting clean manufacturing goals.

This is very helpful for conscious shoppers, as it reduces the amount of research or guesswork that goes before buying. Bigger corporations with budgets will also find that getting certified will give them an edge and help attract a larger audience.

However, it might pose a challenge for smaller sustainable businesses who may not have the extra finances to get these certifications. For example, textile certifications from OneCert starts at $1,600, while the average cost of an OEKO-TEX® certificate in the U.S. is $6,500.

We love fashion and looking good, but not at the expense of the environment and our fellow human beings. Aside from purchasing from brands that carry green certifications, here are some ways on how you can help stop environmental racism:

How to Start Tackling Systemic Racism In Sustainable Fashion

By signing up to our newsletter you accept our Terms and Conditions and our Privacy Policy. You can unsubscribe anytime by clicking “Unsubscribe” in one of our emails.

FIND US ON SOCIAL

This website uses cookies to improve your experience while you navigate through the website. Out of these, the cookies that are categorized as necessary are stored on your browser as they are essential for the working of basic functionalities of the website. We also use third-party cookies that help us analyze and understand how you use this website. These cookies will be stored in your browser only with your consent. You also have the option to opt-out of these cookies. But opting out of some of these cookies may affect your browsing experience. For more detailed information, read our Privacy and Cookie Policy here:Read More.
Necessary Always Enabled
Necessary cookies are absolutely essential for the website to function properly. This category only includes cookies that ensures basic functionalities and security features of the website. These cookies do not store any personal information.
Non-necessary
Any cookies that may not be particularly necessary for the website to function and is used specifically to collect user personal data via analytics, ads, other embedded contents are termed as non-necessary cookies. It is mandatory to procure user consent prior to running these cookies on your website.
Functional
Functional cookies help to perform certain functionalities like sharing the content of the website on social media platforms, collect feedbacks, and other third-party features.
Performance
Performance cookies are used to understand and analyze the key performance indexes of the website which helps in delivering a better user experience for the visitors.
Analytics
Analytical cookies are used to understand how visitors interact with the website. These cookies help provide information on metrics the number of visitors, bounce rate, traffic source, etc.
Advertisement
Advertisement cookies are used to provide visitors with relevant ads and marketing campaigns. These cookies track visitors across websites and collect information to provide customized ads.
Others
Other uncategorized cookies are those that are being analyzed and have not been classified into a category as yet.
SAVE & ACCEPT
LOGIN
OR CREATE ACCOUNT
NEWSLETTER

Be A-PART of the movement

Find out about new launches, brands, styles, trends and more. Only information that we think is useful and interesting for you. You can opt out any time.

By signing up to our newsletter you accept our Terms and Conditions and our Privacy Policy. You can unsubscribe anytime by clicking “Unsubscribe” in one of our emails.